Microcast: In The Cantina With Hugh Quarshie 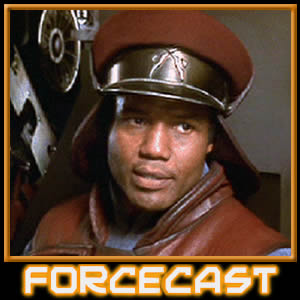 Of the many characters introduced in Episode I, few stood out quite like Queen Amidala's Chief of Security, Captain Panaka. Join us as we chat with the man behind the character, actor Hugh Quarshie, in this rare Cantina interview from Fan Days III. During our talk, Hugh speaks about the enormity of being part of the first Star Wars film in over a decade, the atmosphere on the set, working with George Lucas, hanging out in Italy with Liam, Ewan, and Natalie, and why Panaka did not appear in the rest of the prequel films.

Listen to The ForceCast: LIVE
Be part of the action Tuesdays at 8:00 PM ET only at ForceCast.net!