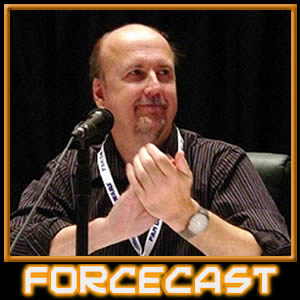 From ILM model maker to Lucasfilm archives curator to the official Droid wrangler on Episodes I, II, and III, Don Bies has done it all when it comes to Star Wars! Join us as we moderate Don's panel live from last weekend's Fan Days III. During our discussion, Don holds nothing back about the many hats (and helmets) he wore during his time with Lucasfilm, including playing a variety of iconic characters--well, parts of them at least. It's a Fan Days exclusive that you won't hear anywhere else as the ForceCast continues to leave NO FAN LEFT BEHIND!

Listen to The ForceCast: LIVE
Be part of the action Wednesdays at 8:00 PM ET only at ForceCast.net!